Queen Of The Month: Pissi Myles

Queen Of The Month: Pissi Myles

Pissi Myles was born kicking and screaming and hasn’t stopped since. As a comedian, singer, and humorist, Pissi has been noted as one of the most talented queens in the North East by fans, critics, and peers. She’s been featured in Cosmopolitan Magazine, Mic, RuPaul’s What’s the T Podcast, and more! She’s also performed at the return of the legendary Wigstock festival in 2018. Pissi received her BFA in Musical Theatre from Montclair State University in 2011, which was promptly traded in for big hair and sequined gowns.

Always one to make a scene, in 2019 Pissi partnered with the streaming news app Happs to cover Donald Trump’s impeachment. Dawning a red mini dress and a patriotic updo, Pissi caused a stir on Capitol Hill, leading to stories from The Washington Post, NBC, and The New York Post. Plus thoughtful words of support from actress Missi Pyle, George Takei, and even the queen herself, RuPaul. She has also reported at the democratic debates for Happs, interviewing presidential hopefuls Kamala Harris and Cory Booker.

In 2014, Pissi won Cycle 4 of Mimi Imfurst’s Philly Drag Wars, a thirteen-week competition in the style of RuPaul’s Drag Race. You can see Pissi’s winning performance here. Following her win in Philly Drag Wars, Pissi has continued to produce successful comedy shows with well-known drag queens like Lady Bunny, RuPaul’s Drag Race winner Bob the Drag Queen, London’s Meth, and more. Her hosting and comedic talents have earned her the title of 2014’s Best Drag Hostess in Philadelphia at the Beacon Light Awards. 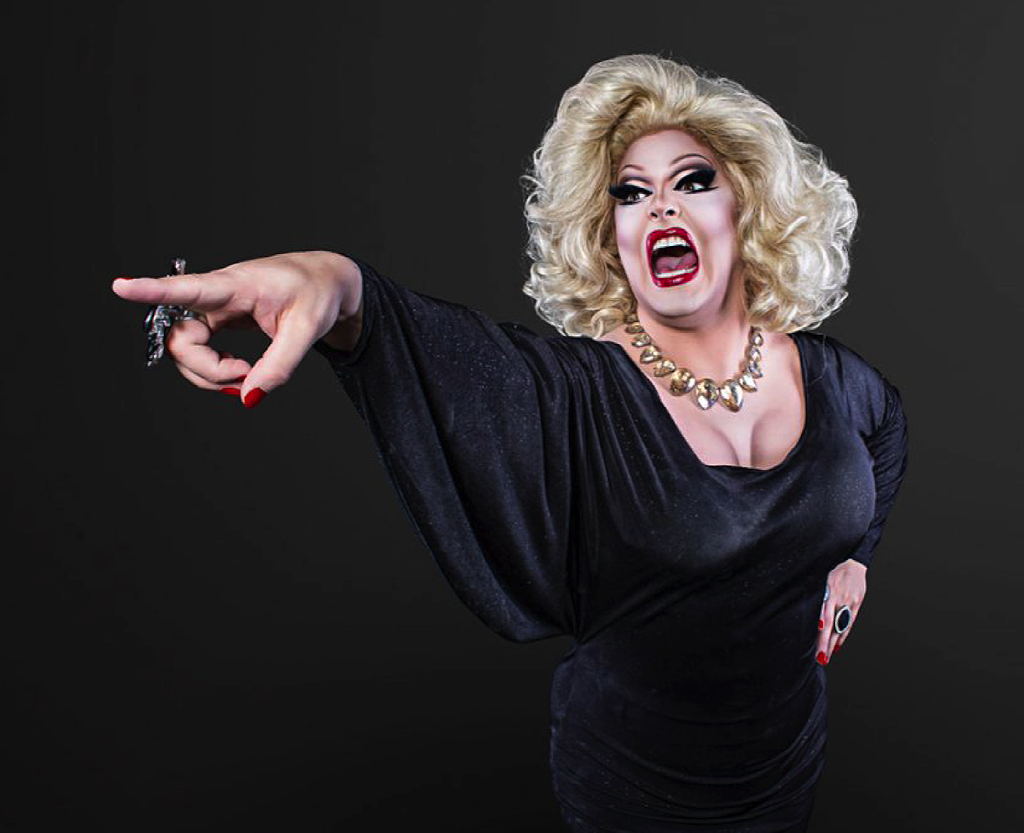 In 2017, Pissi wrote and starred in Babashook, a parody video in response to the internet outing The Babadook as a gay icon. The video quickly began to go viral after being covered by outlets such as Billboard, Huffington Post, Queerty, and Hello Giggles. Watch the video here and then head over to iTunes to download the single!

Pissi continues to produce her weekly shows in New York City, among her many other guest appearances throughout NYC, Philadelphia, Connecticut, and NJ. You can also listen to her weekly on the podcast My Spooky Gay Family with her sister Sam Baxter.

Logos & Photos are the property of Pissi Myles